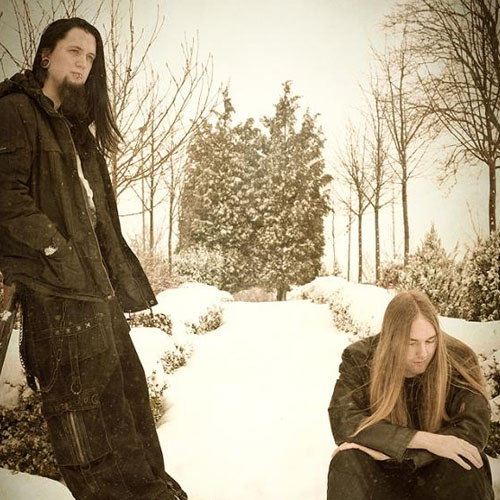 Svartnad was founded by Tobias “Nightbringer” Lindberg and Karl “Sire Nahvas” Hoverman in April 2008. The first song, named “Save Me” was written and recorded by Karl about 2 weeks later.

In December 2008, Karl left the band. Tobbe recruits Alex Larsson of Forlorn Remembrance on guitars and the project continues.

The idea with Svartnad from the beginning was only to create depressive, atmospheric black metal, a lot like the Swedish pioneers Silencer. But after Karl’s departure from the band, Svartnad went off in a totally different direction. The music changed from the hyper depressive black metal atmosphere to a more euphorical (yet miserable), Alcest-like atmosphere. The lyrics remain the same; very dark and depressive, as a part of Tobbe’s “self-therapy”.